How to Hide Apps on Your iPhone, iPad [VIDEO]

Apple has just shared another informative video on its YouTube support channel, explaining how you can hide apps from the Home Screen on your iPhone or iPad, and find them in the App Library later. 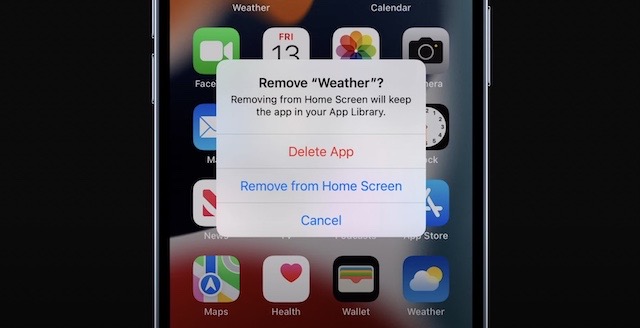 With iOS 14 and later, there are new ways to find and organize the apps on your iPhone or iPad. You can even hide apps to streamline how your Home Screen looks and add them back whenever you want.

To hide an app, touch and hold the app icon until a popup appears, then select ‘Remove App’. Now instead of tapping ‘Delete App,’ simply choose ‘Remote from Home Screen.’ This will hide the app and move it to your App Library instead of deleting it.

To find and open an app in App Library:

Watch the following video for a better idea of how it works.