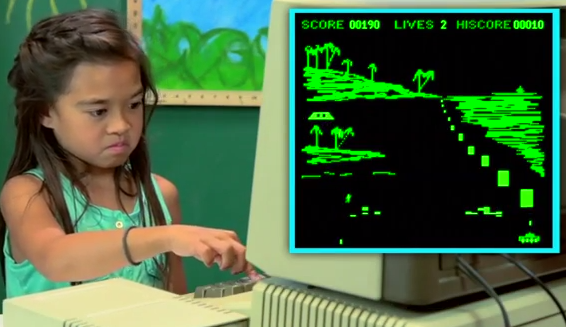 YouTube channel TheFineBros are known for posting hilarious reactions from kids seeing things for the first time. The latest video unleashes an old Apple II on these youngsters and their reactions are pretty priceless. As Socrates said, “An honest man is always a child.” Kids always tell it like it is.

Check it out below—their reactions will make you feel old:

Back in March, the YouTube channel posted a funny video of kids reacting to a rotary phone, then handed an iPhone afterwards.