Apple to Launch New HomePod with S8 Chip in 2023: Report 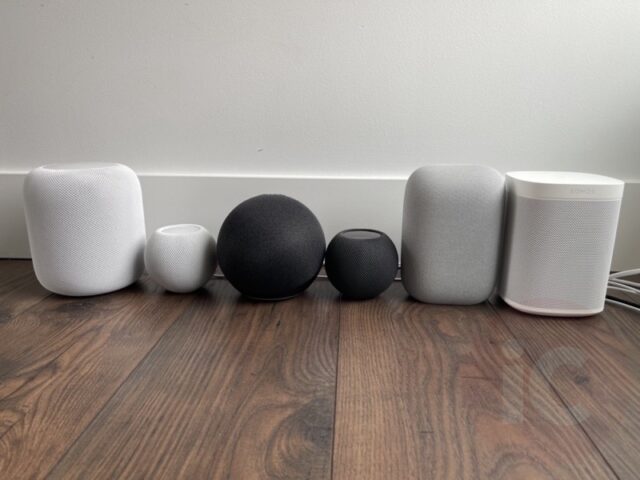 In the latest edition of his Power On newsletter, Bloomberg‘s Mark Gurman said he expects Apple to release a new HomePod sometime next year.

The HomePod, code-named B620, will run the same S8 chip coming to the watches and will be closer to the original HomePod in terms of size and audio performance rather than a new HomePod mini.

A new iteration of HomePod software was notably absent from WWDC 2022 earlier this month. However, a new HomePod model was found referenced as “AudioAccessory6” in the source code for iOS 16 beta 1 a couple of weeks ago.

According to Gurman, Apple’s HomePod refresh could have an updated display on the top. He has also heard rumours of multi-touch functionality coming to the HomePod.

Gurman reported back in April that Apple’s next HomePod could also function as an Apple TV and feature a FaceTime camera. A new standalone Apple TV, code-named J255, is also in the works, the analyst said in this week’s newsletter.

In the realm of audio products from Apple, Gurman added that he still expects Apple to debut the new AirPods Pro with an updated chip and support for higher-quality audio. Gurman previously pegged the second-generation AirPods Pro for a fall 2022 release.

Texas Heart Institute researchers studying the use of Apple Watch in helping diagnose heart attack symptoms have just published their findings in the latest edition of the Texas Heart Institute Journal (via MyHealthyApple). According to the research, if the ECG function of the Apple Watch could provide a reliable analysis of myocardial infarction (MI) risk when...
Usman Qureshi
2 hours ago