Industrial thermostat maker Honeywell is rethinking the way it tackles home automation with a $279 ‘Lyric’ Wi-Fi thermostat, challenging the likes of Nest Learning thermostat, which is now owned by Google.

According to The Verge, Honeywell’s Lyric, which will be available for purchase in stores by August, is a complete platform and marks the company’s efforts at building a home-automation system people will actually want to use. 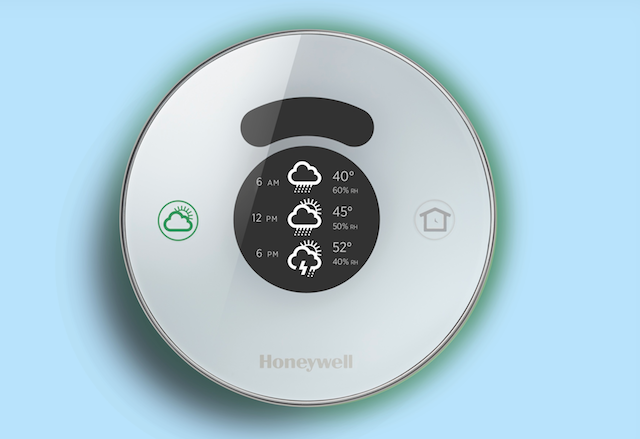 While Honeywell has offered a number of Wi-Fi-enabled thermostats for several years, this one marks probably the first true competitor to the Nest Learning Thermostat. The source highlights that the most innovative feature of the Lyric thermostat isn’t its physical design. In fact, it’s the usage of geofencing to update a house’s climate based on whether anyone is home or not.

“Despite an abundance of plastic, the Lyric prototype I had a chance to play with felt like a solid piece of hardware that could stand up to daily adjustments. The front only has two buttons: one to toggle between your preset “at home” and “away” temperatures, and one to pull up a 12-hour weather forecast — a layout mimicked when you open up the smartphone app.

Once the thermostat is set up and you’ve installed the corresponding app on your iOS or Android device, Lyric will know when you’ve left the house and will adjust your heating / cooling system to your pre-chosen “nobody home” setting. When you reenter the geofence, the system kicks back on so it’ll be comfortable when you return.” 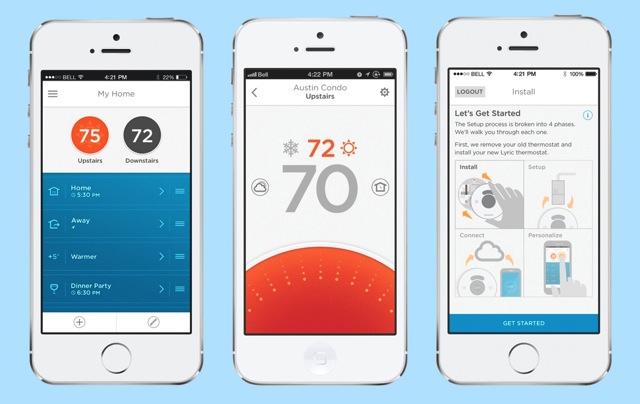 Honeywell sees geofencing as the next evolution of the “schedules” that most people put their thermostats on now. Beyond the geofence, users can also control the Lyric in a number of ways through its app. Users can set up quick “shortcuts” to automatically raise and lower the temperature and tie them to real-world events, such as going to bed, having a large number of guests in your house, or simply just wanting to quickly bump the temperature on a cold night.

“In my world, when I work out, I like it 5 degrees cooler, because you’re naturally heating up,” says Kevin Werich, a Lyric product manager. “We think of temperature not as much as that [numerical] value anymore.” Lyric is built to take into account that how warm or cool you feel goes beyond just that numerical temperature: a feature called Fine Tune takes into account both indoor and outdoor temperatures and humidity levels and makes small adjustments from there.

Check out the following intro video of Lyric that gives you a good idea of how it works.