Google Acquires Nest Labs for $3.2 Billion in Cash [u]

Google has just announced it has acquired Nest Labs, founded by the ‘father of the iPod’, Tony Fadell, for $3.2 billion in cash. Nest is well known for introducing their Nest Learning Thermostat, which has been part of the connected and automated home revolution well underway.

In a press release, Fadell, the CEO of Nest said “We’re thrilled to join Google. With their support, Nest will be even better placed to build simple, thoughtful devices that make life easier at home, and that have a positive impact on the world.”

The statement noted Nest will continue to operate independently of Google and still under Fadell; the transaction will close in the new few months as it’s subject to various closing conditions. 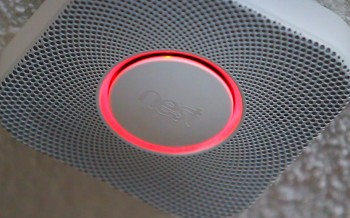 Earlier today, we published a full video review of the Nest Protect Smoke & Carbon Monoxide detector, which sells for $129 from Amazon.ca. Check out the video below:

Let’s hope Nest actually stays independent of Google, because we all know what happens when the latter acquires companies.

Update: Fadell has told TechCrunch Nest data will stay independent and away from Google, if we are to read into what was said below:

Will Nest customer data be shared with Google?

Our privacy policy clearly limits the use of customer information to providing and improving Nest’s products and services. We’ve always taken privacy seriously and this will not change.