Honk Mobile launched in Waterloo today, now allowing drivers to pay for parking from their mobile devices. Mayor Dave Jaworsky, Councillor Melissa Durrell, and Patti Brooks with the Uptown Waterloo BIA, were present to kick off the launch reports 570News. 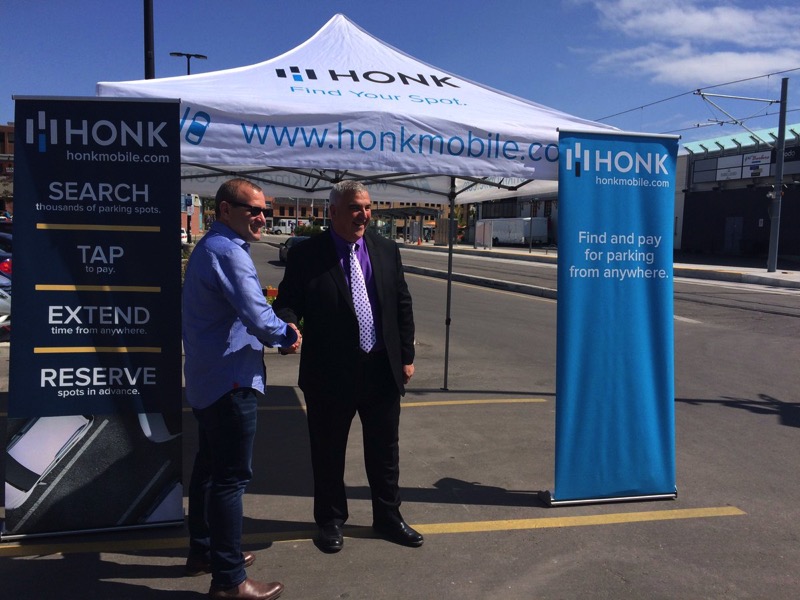 Mayor Jaworsky says the Honk Mobile launch will make it easier for drivers heading to the uptown core, saying “We want to maintain two hour free parking in Uptown Waterloo, but we also want to make it easy for people to stay longer. So that’s why we went with Smart City Technology – a mobile app that you put on your phone which allows you extend, as needed, your stay in Uptown.”

According to Honk Mobile CEO Michael Back, “Waterloo is the first City in North America to take this mobile-only approach, and we hope that just continues to grow. So happy honking, Waterloo Region!”

Earlier this year, Honk Mobile launched in St. Catherines, while last week the app launched in parking lots across 20 universities and colleges. Kingston may start a one-year pilot with Honk Mobile soon, if council approves.