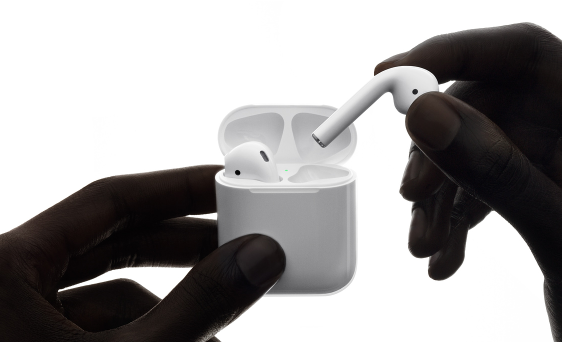 When Apple’s AirPods debuted in 2016, the design of the wireless earbuds saw endless mockery as they just didn’t look right in people’s ears (and they still don’t).

However, jump to present day and how things have changed. It’s now trendy to have AirPods in your ears, especially if you’re a millennial. Just how did this happen?

The Guardian has published a hilarious piece on how the AirPod coolness factor has evolved for younger generations, in a new article:

But fast-forward to 2019 and, somehow, the £159-a-pair little pods have transformed into a bona fide status symbol. Diana Ross has a pair, Kristen Stewart wears them and a woman in Virginia has even started a cottage industry by turning them into earrings for people (which does solve the problem of inevitably losing them).

And so, the butt of the joke is not the AirPods themselves but the wealth and status of the people who wear them. Such as the former New York mayor Rudy Giuliani, who wore his upside down. As one viral tweet joked, the world’s Top 10 richest people are: 1. AirPod users; 2. The CEO of Amazon, Jeff Bezos; and 3. Bill Gates. One meme, of a man being knighted by a queen, featured the caption: “AirPod users welcoming new members who received them for Christmas.” All this has now become known as “AirPod flexing” –with the implication that showing off the headphones is gauche social signalling.

I have yet to try ‘AirPod flexing’, but the next time I’m at the mall—it’s going to be game on, millennials (that is if I don’t lose mine again…fml).

AirPods were mostly sold out and hard to find during Christmas, due to their popularity. Rumours have claimed a second-generation of AirPods are due sometime in 2019.

Click here to shop for AirPods on Apple.ca for $219. The earliest delivery date shows 9 days away for BC.