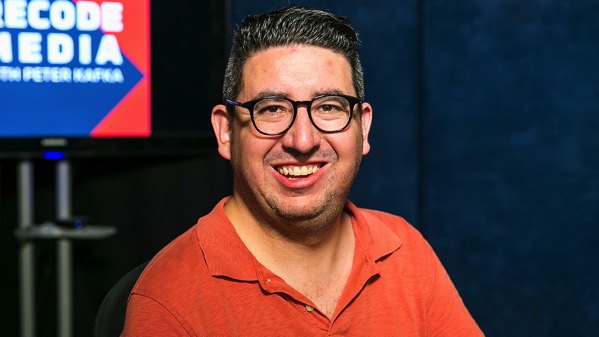 On the latest episode of Recode Media with Peter Kafka podcast, Apple obsessive John Gruber of Daring Fireball talks about how he built the world’s most powerful one-man media company. Gruber decided to go into business for himself after years of making websites for other people, and started writing stories about Apple that he wanted to read. “My audience is just me,” Gruber said of his site. “It’s somebody out there who’s exactly like me and isn’t writing Daring Fireball”.

“There are times where — I don’t feel lonely, but I get jealous of the camaraderie of a small team, to have colleagues who you actually like,” he said. “But I think ultimately, my personality is such that I’m particularly suited to working in the ‘monastic style.’”

Gruber also discussed why he doesn’t want to work for a big media company; why he looks down on Apple rumor sites and other media companies that chase pageviews; and how podcasting has come to represent about half of Daring Fireball’s revenue.

Gruber also denied the claim that Apple’s top executives have any say in what he writes. “Almost nothing came through Apple’s official channels, especially in the older days,” Gruber said. “I can’t remember where I got [Steve Jobs’s critique of Adobe Flash] from, but it definitely wasn’t Steve Jobs”.

You can listen to the latest episode of Recode Media using the embedded audio player below.