Yesterday, we saw a developer discover some assets referencing the upcoming 4K Apple TV in the latest beta release of iOS 11 and today, the folks over at iHelp BR have dug up some details about what the HomePod set up process will look like, including an image asset and some code containing information about the pairing procedure. 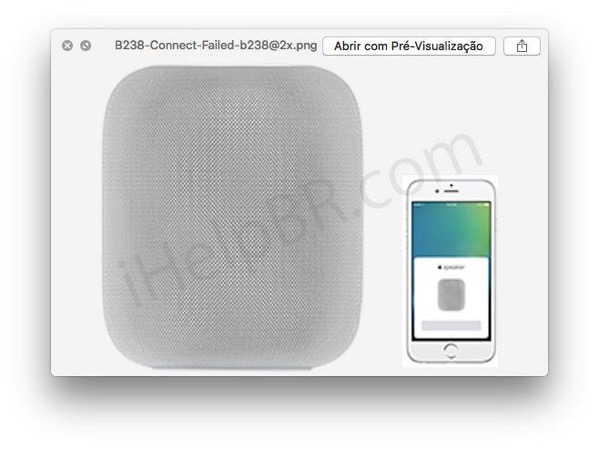 According to the source, Apple’s upcoming HomePod smart speaker’s pairing process resembles that of the AirPods. When you turn on the device for the first time, iOS will ask if you want to perform the setup with your iPhone, iPad, or iPod touch. The source notes that it may not be possible to set up the HomePod with a Mac or Apple TV. Also, Siri will need to be active for nearly the entire process on the HomePod.

Some internal codes suggest that at some point the wizard will spell out a code in the HomePod, which must be typed in iOS to continue pairing. The system may also require the last four digits of the device serial number, for security reasons.

At various times, we find references to the VoiceOver accessibility feature, interestingly, mentioning touch-sensitive buttons for playback and volume control.

Additionally, users will be able to configure more than one HomePod with their iPhones, although they must confirm their Apple ID for Apple Music and iCloud sync, as well as enable two-factor authentication and iCloud Keychain. Lastly, a Wi-Fi network with a WPA/WPA2 password will be required to successfully setup the HomePod. 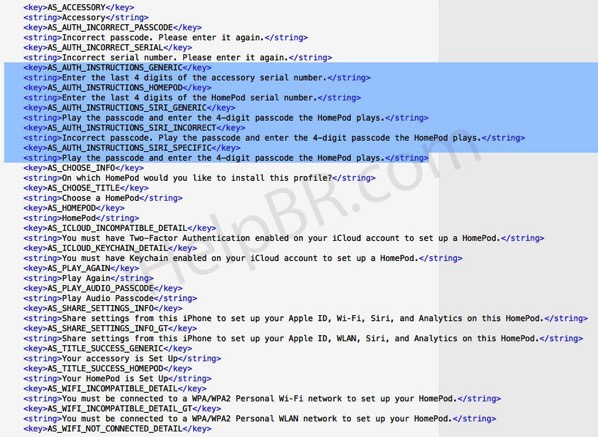