Twitter is rolling out new features for iOS users in Canada, including its Tips feature and Super Follows.

The feature has been limited to a select few in the U.S. since May, but the Tips rollout is happening globally on iOS today. Twitter confirmed to iPhone in Canada it will happen in the “next several hours”.

The new Tips feature will also allow for payments in Bitcoin for the first time via Strike, built on the Bitcoin Lightning Network.

1. In the Twitter iOS app, tap on your profile and then ‘Edit Profile’. From here, Tap ‘Tips’ and choose ‘Allow tips’. 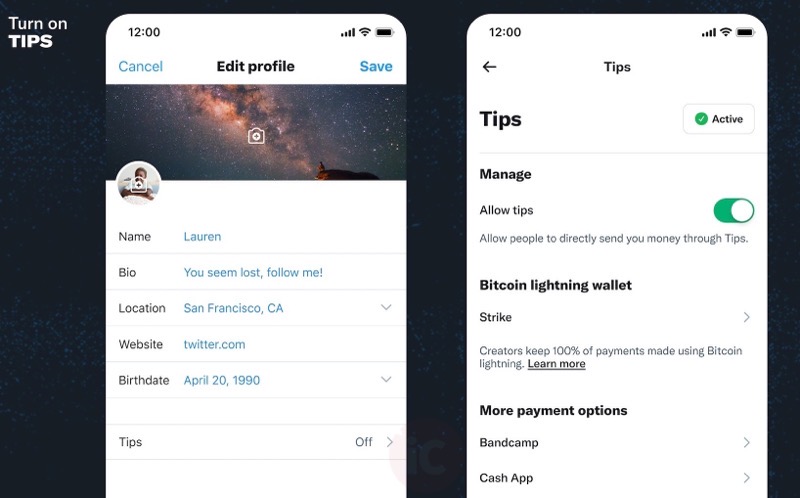 “You can tip to show support, show appreciation, help out or reward anyone you want – from emerging creators and journalists to Twitter Spaces hosts and more,” explained the social network. Twitter says it does not charge fees to send Tips, but third party services might. You can tip someone if they have Tips icon next to their username.

Also rolling out in Canada for iOS users is the new Super Follows feature, which was previously only available in the USA.

This feature is a monthly subscription service to let creators charge for increased access to their services, whether it be private messaging or behind-the-scenes content. Super Follows will expand globally soon, but for now, it’ll only be available in the U.S. and Canada.