If you have been waiting for the day where you can unlock your Mac using Touch ID on your iPhone, that day has finally come.

Apple iOS developer Leandro Luizari has released a new iPhone app called FingerKey, which allows you to unlock your Bluetooth LE enabled Mac using your iPhone. If you own an iPhone with Touch ID, you can use it to securely authenticate and unlock your computer.

Here is a full list of features included in the app:

– Security: 256-bit AES encryption is used to store and transfer data between your phone and your computer.

– Convenience: it saves you time as you can easily unlock your computer from a distance.

– Scalability: FingerKey let’s you unlock multiple computers with no problem.

– FingerLock is compatible with Bluetooth-LE capable computers (double check whether your computer has this feature before purchasing). 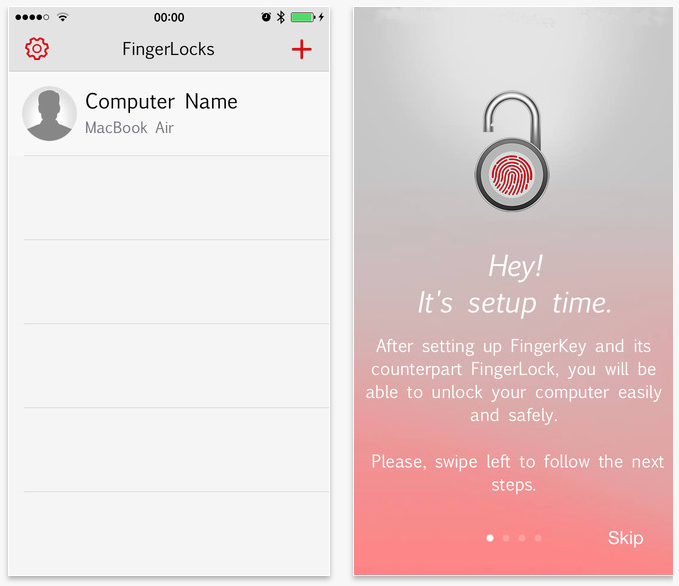 In the future, Luizari plans to update the app to be optimized for all iPhone screen sizes, include both Windows and Linux compatibility, and include the ability for pattern unlock.

FingerKey is available to download from the App Store for $1.99. The app requires a device running iOS 8 or later and will only work if both your iPhone and Mac have Bluetooth LE support (be sure to check this before downloading the app).