How to Watch: Jake Paul vs Woodley 2 Live Stream in Canada 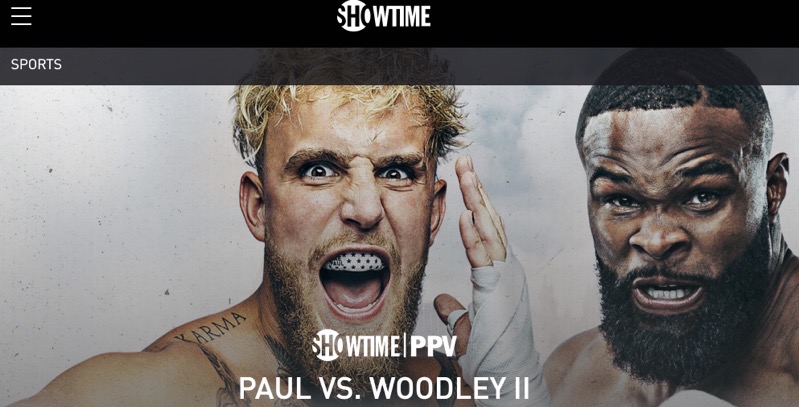 Jake Paul is taking on Tyron Woodley again and you can watch the second fight live tonight on Showtime Pay-Per-View and Fine TV in the UK.

Paul will fight Woodley after Britain’s Tommy Fury withdrew from Saturday night’s fight due to injury. The social media star Paul will keep going in his attempts to be seen as a pro boxer as he fights Woodley in a rematch, held in Tampa, Florida.

Jake ‘The Problem Child’ Paul was originally set to face Tommy Fury, but the 22-year injured a rib in training camp, thus being forced to pull out of the fight.

The last time Paul fought Woodley was in August 2020, with the former landing a split decision over eight rounds. Woodley is a former UFC welterweight champion that seeks to bounce back after losing to Paul, a well-known YouTuber.

You can watch the live stream of Paul vs Woodley 2 in Canada and beyond through your local TV provider’s Showtime Pay-Per-View.