Hundreds Line Up for Apple’s iPhone X Launch in Sydney 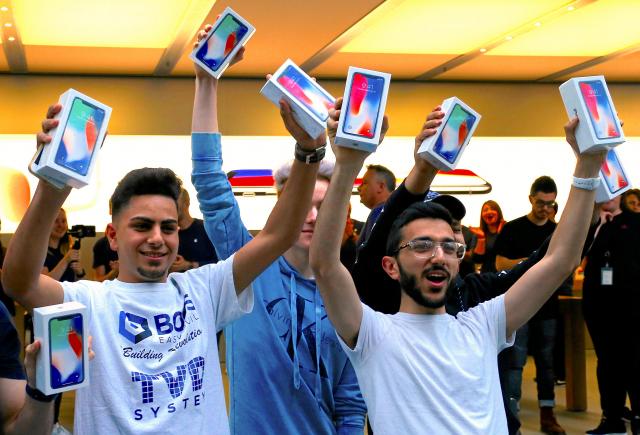 Hundreds of fans lined up outside the Apple Retail Store in Sydney early Friday morning to be the first in the world to get their hands on an iPhone X.

Approximately 400 people lined up outside Apple’s flagship store in Australia to pay A$1,579 for the 10th-anniversary iPhone. Bishoy Behman, the first person in line, told Reuters:

However, Behman does not plan to keep the devices. He plans to sell them off for approximately A$3000 each, saying:

“I’m here for the profit, of course, it’s business.”

iPhone X is here! A big thank-you to all our customers in Sydney, and everyone turning out around the world Friday! ? pic.twitter.com/5NKXUnePLu

The company’s retail store in Sydney opened its doors moments after Apple’s quarterly earnings call. During the earnings call, Apple forecasted that its revenue for the holiday quarter would be above market expectations.

Apple also said that the pre-orders for the iPhone X show demand that is “off the charts”.

The turnaround for this launch was huge compared to the lacklustre launches for the past two years. Are you lining up at your local Apple Store on Friday morning? Let us know in the comments below!

Roku is bringing its Roku Ultra streaming box to Canada following its successful launch in the U.S. The Roku Ultra offers the ability to stream 4K content with all the bells and whistles we’ve grown to expect from the company. However, this new set-top streaming unit also includes some pretty neat quality-of-life improvements and design...
Steve Vegvari
46 mins ago