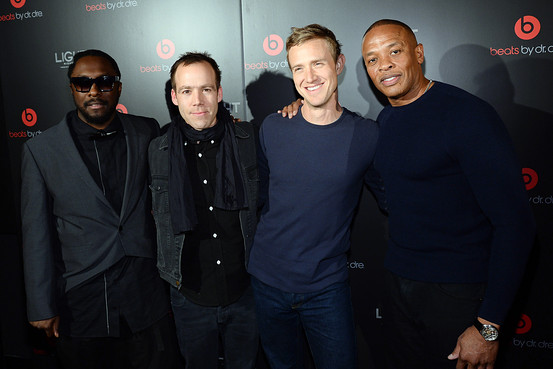 This morning the $3 billion Apple-Beats deal became official, as both companies acknowledged the deal on their respective websites. With teams now merging, Beats Music chief Ian Rogers will now be in charge of running iTunes Radio, reports the Wall Street Journal:

Now that Apple has officially swallowed Beats, Ian Rogers, the head of Beats’ subscription-music service, will also oversee the iPhone-maker’s iTunes Radio efforts, according to people familiar with the matter.

Sources say Rogers will oversee both teams to ‘create cohesion’ in Apple’s streaming music options. The WSJ also confirmed Apple would be cutting 200 jobs at Beats, in particular overlapping jobs coming from human resources, finance and support following the merger. Apple mentioned it will attempt to find replacement jobs for affected employees as soon as possible.

Here’s a short bio of Ian Rogers from Billboard, part of an article about the man behind the Beats:

Despite his youthful appearance, Rogers is a veteran traveler of the intersection between music and technology. In 1993, Beastie Boys manager John Silva hired Rogers to build websites for his artists for $8.50 an hour. The next year, Rogers was invited to give a demonstration of the Internet to the Beastie Boys themselves. They were so impresssed, the band asked Rogers to tour with them.

Rogers went on to head up Yahoo’s $140 million music service as its vice president and general manager between 2003 and 2008. This gave him a taste of the challenges of building a subscription music service, one that ultimately folded because of high costs, a dearth of compatible playback devices and high bandwidth costs.

iTunes Radio is currently available only in the U.S. and Australia. Rumours of a Canadian launch were pegged for early 2014 but that has not happened yet.