IBM Announces Expansion of its MobileFirst for iOS Apps

Back in 2014, IBM announced its global partnership with Apple to deliver enterprise iOS apps, enabling organizations to accelerate digital reinvention and transform how businesses engage across industries. The partnership has achieved several billion dollars in signings with more than 3,800 client engagements supported by market-ready and custom iOS apps. 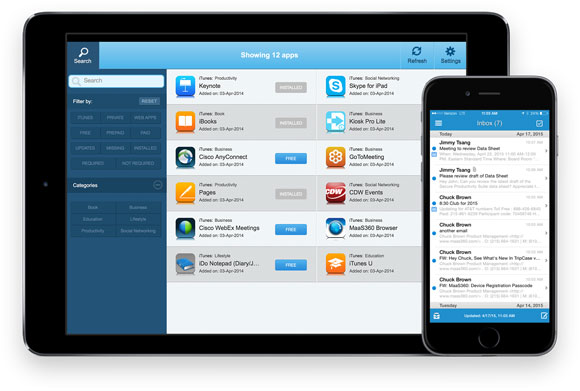 Today, IBM is expanding its mobile portfolio for enterprises by introducing new Garages dedicated to the quick design, integration and deployment of MobileFirst for iOS apps. The company is using the new studios and garage development labs to accelerate access to its Mobile at Scale capabilities and help enterprises fast track their transformations.

According to IBM, Mobile at Scale provides exceptional experiences through the continuous delivering of new apps while managing the complexity of keeping existing apps current.

“Four years ago, we made enterprise mobility a reality, and we’ve seen how transformative mobile can be,” said Bridget van Kralingen, Senior Vice President, IBM Industry Platforms. “Today, companies are now reigning in mobile faster than ever, creating a critical need for powerful innovations that will reinvent how they do business. We’re combining the power of mobile with cognitive and analytics to continue to push the market forward.”

IBM continues to expand its mobile solutions portfolio, providing the essential elements needed to address the growing demand for mobile innovation among enterprises:

Enterprises including United Airlines, Banco Santander and Finnair are already using Mobile at Scale to build their entire app ecosystems.