IBM has launched another series of apps as part of its MobileFirst for iOS enterprise portfolio. The apps launched today serve areas such as healthcare, industrial products, retail sales, and insurance coverage, and were spotted by AppleInsider.

Given Apple’s focus on healthcare – see HealthKit and ResearchKit – it’s not surprising that four of the eight new apps are aimed at helping healthcare professionals, providing tools for more easily manageable patient and hospital data.

Hospital RN is an app that aims to replace pagers with iPhones and grant nurses access to patient records from anywhere in the hospital. Some technical terms need to be met, though, for 100% functionality: The system relies on the latest localization technology, iBeacons, to locate patients, and incorporates other features such as push notifications to display patient requests, lab status, safety alerts, and prioritized task lists. 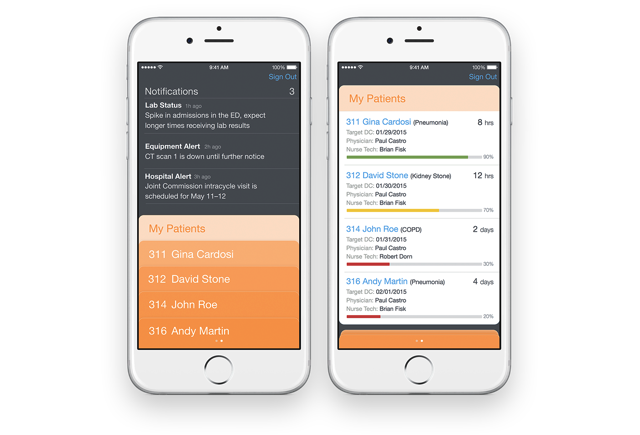 In the travel and transportation category, the Ancillary Sale app for iPhone is designed to revolutionise in-flight service: Flight attendants can sell seat upgrades, food, beverages, and duty free merchandise in the air and allow passengers to pay for their purchase with Apple Pay.

The above apps are just a few of the 100 applications scheduled to launch as a result of the partnership between the two tech giants.