Billionaire investor Carl Icahn, has just cut his Apple stock buyback demand from $150 billion to $50 billion, while giving the Cupertino company a year to do it, Fortune is reporting. The famous American ‘corporate raider’ submitted his proposal to Apple shareholders through a cover story titled “Master of the Universe” for TIME magazine. 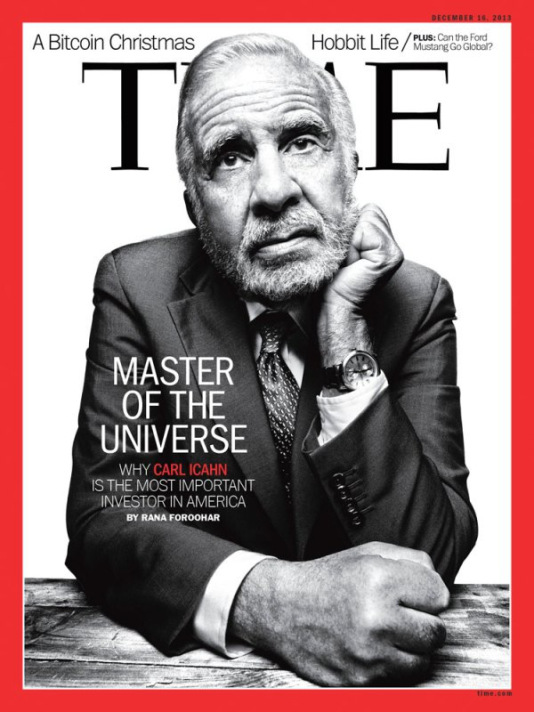 Icahn has said that his proposal to shareholders is less than his original $150 billion number, and CNBC is reporting that it’s closer to $50 billion, spread out over a year. The new demand, as Philip Elmer-Dewitt points out, is one third of the size of the immediate $150 billion buyback Icahn was talking about just six weeks ago.

A $50 billion buyback, as it happens, was the high end of a proposal laid out last month by Bernstein’s Toni Sacconaghi:

“We believe,” Sacconaghi wrote in a Nov. 11 note to clients, “that AAPL ought to commit to an ongoing return of cash and look to take on incremental debt to provide flexibility and enable some upfront share repurchases. Specifically, we believe that a one-time buyback of $30 – $50B, and an ongoing commitment to return 75% of annual free cash flow generated would be viewed positively by investors. Moreover, a 60% dividend/40% buyback split of returned cash would generate a ~3.9% yield at current levels.”

Rather than upping his ante, it seems Icahn may have just folded.