iFixit has completed a teardown with Chipworks of the new 64-bit A7 processor found inside the iPhone 5s, going deep into the bowels of the chip using an electron microscope. Last week Chipworks discovered the A7 was manufactured by Samsung and today confirmed the 28 nm chip process.

Here are some findings:

iFixit also did close examination of the M7 co-processor:

The M7 is an NXP LPC18A1, part of the LPC1800 series of high-performing ARM Cortex-M3 based micro controllers; reduces power consumption as it is dedicated to processing accelerometer, gyroscope and compass data 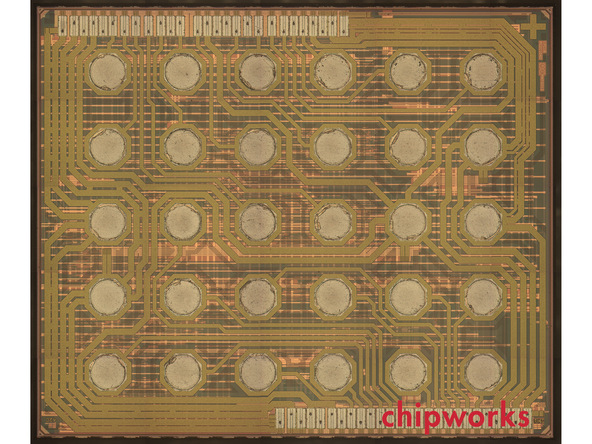 The team also took the iSight camera, Wi-Fi module and LTE modem under the electron microscope. Check out their full findings here.