Apple’s newly released iMac accessories i.e. Magic Mouse 2, Magic Trackpad 2 and the new Magic Keyboard, have just received the iFixit teardown treatment, and it appears that even though the new accessories are huge upgrades from their predecessors, they aren’t easy to fix on your own. 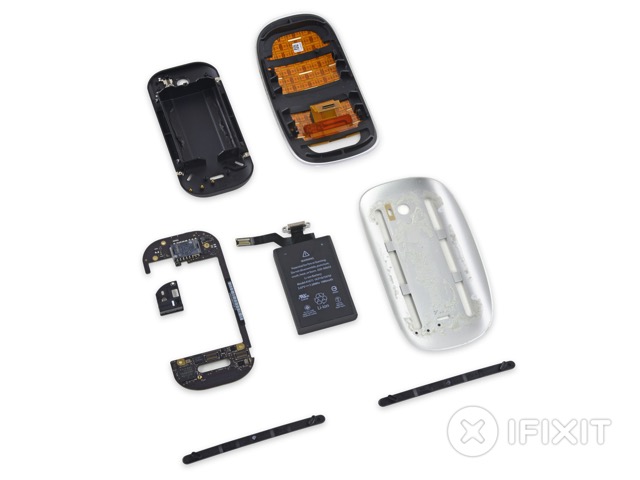 iFixit notes that the new Magic Mouse 2 is almost impossible to fix on your own. The device is held together by tons of adhesive, making it difficult to swap components, much like the first-gen Magic Mouse, which is why they gave it a repairability score of just 2 out of 10. Without a service manual, it is very difficult to open the mouse without damaging internal components such as the optical sensor and power switch. 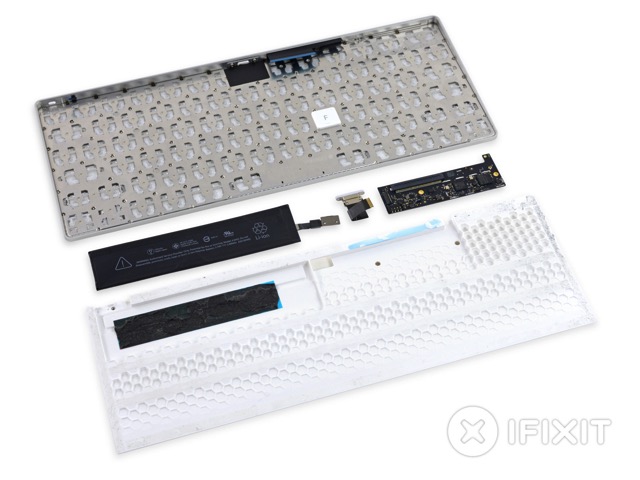 The new Magic Keyboard fares slightly better than the mouse in terms of repairability, and receives of a score of 3 out of 10. It also features a Lightning port, but thankfully you can charge and type at the same time. Similar to the Magic Mouse 2, the adhesive holding its components in also makes it very difficult to replace parts. The battery, however, is relatively easy to disconnect because it’s not soldered in, but is also held in place with strong adhesive strips. 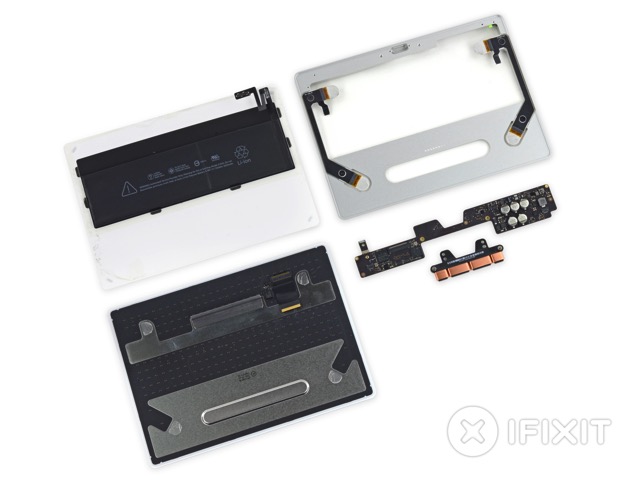 Magic Trackpad 2, which brings Force Touch technology to the iMac, is much larger than the last-gen version and features the same Taptic Engine as the Retina MacBook and MacBook Pro. The trackpad also has a huge battery which is nearly iPhone 6s Plus-sized at 2024 mAh. In terms of repairability though, the device also gets a repairability score of just 2 out of 10.