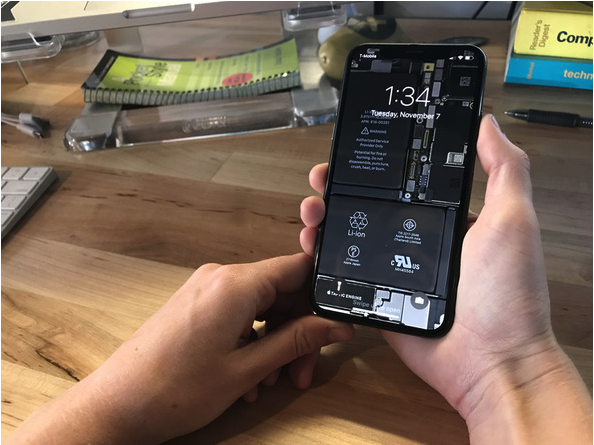 Today, iFixit has shared some wallpapers that are designed for the iPhone X’s OLED edge-to-edge display.

Every year, following their ritual iPhone teardown analysis, the wizards over at iFixit post their special wallpapers that reflect the internals of Apple’s latest smartphone.

Their latest iPhone X-themed wallpapers look better than on the phone’s bright, vivid edge-to-edge OLED panel, especially with the bezel-less front face. When you use this wallpaper, it almost seems like the front of your phone is missing.

iFixit released two different wallpapers, the standard internals and a special X-ray edition. The images, which are linked below, will reportedly work well as both Still and Perspective wallpapers on the iPhone X.

If you have an iPhone 8 or iPhone 8 Plus, you may feel left out right about now. Worry not! iFixit has announced that they are currently working on these wallpapers for the iPhone 8 and 8 Plus, and they will be available soon.

What do you think of iFixit’s internals wallpaper for the iPhone X? Let us know in the comments below.

[caption id="attachment_390033" align="aligncenter" width="960"] Image: Microsoft[/caption] Microsoft on Tuesday held an in-person event in Seattle, Washington, where the company announced a number of new AI-centric innovations coming soon to its products (via The Verge). The highlight of the event was Microsoft unveiling "the new Bing," powered by a new next-generation large language model under a...
Nehal Malik
4 mins ago