Jeremy Horwitz, the editor-in-chief of iLounge, has shared his thoughts on the next iPhone, the next generation full sized iPad and the much rumoured cheaper iPhone. He also claims to have gone hands on with a “supposedly accurate and seriously intriguing” mockup of the completely redesigned next generation iPad, which should be introduced in October this year. 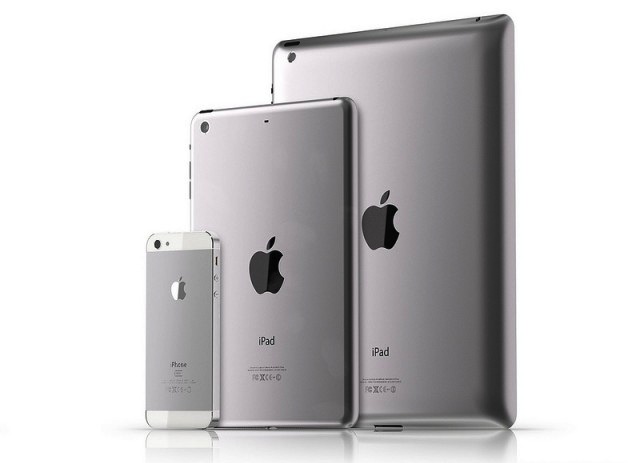 He goes on to describe the fifth-gen iPad as a completely redesigned 9.7″ tablet, that has virtually no left or right bezels when held in portrait orientation and barely enough space to on top and bottom to accommodate the camera and the home button respectively. It’s also much thinner than the current iPad and has the same chamfered edges and curves like the iPad mini. He says that the release date for iPad 5 has been pushed from March to October because the screens and processors are initially going to be quite hard to come by.

The changes are so considerable that a new screen technology, such as IGZO, seems like a given. Going Retina for the third-generation iPad forced Apple to make that tablet a little thicker than the iPad 2, in part to seriously beef up the battery. Very little changed for the fourth-generation iPad. By contrast, this iPad 5 design is so much smaller that a full internal redesign—complete with a smaller, less power-hungry sequel to the A6X—can be safely assumed. It wouldn’t be a surprise to see the new iPad remain roughly on par with the fourth-generation model in processing capabilities, with the improved screen, dramatically lower size, and reduced weight becoming the key selling points.

Regarding the next generation iPhone a.k.a the iPhone 5S, he says the device will have the same chassis except for a larger rear flash, and that it will indeed be released this year. More interestingly, he believes a cheaper plastic-bodied iPhone is in fact on Apple’s road map for product launches during 2013. He says the device is being developed with China Mobile in mind, that has over 700 million subscribers.

One of our sources claims that Apple’s iPhone prices remain too high for most mainland Chinese customers—the iPhone 5 hardware alone starts at $849 there, versus the iPhone 4 at $500, in a country where the average annual salary is around $3,000 per person). The source has said that mainland Chinese iPhone 5 sales are already tapering off as a result of the pricing, which is higher than in Hong Kong. A budget iPhone model would help sales in populous but underdeveloped countries to grow.

At the end of his blog post, he briefly mentions a prototype iPhone in the works which has a 4.7” display to compete with larger screen Android handsets. However, such an iPhone is not scheduled for release any time soon.

Apple is urging suppliers to make sure that all shipments from Taiwan to China follow Chinese customs regulations to avoid processing delays at the border — reports Nikkei Asia. As political tensions between China and Taiwan continue to rise, the former has started strictly enforcing a long-standing rule that requires Taiwan-made imports to be labelled...
Nehal Malik
9 hours ago

Amazon announced on Friday it has entered into a merger agreement to acquire robot vacuum maker, iRobot, in a $1.7 billion all-cash deal. “We know that saving time matters, and chores take precious time that can be better spent doing something that customers love,” said Dave Limp, SVP of Amazon Devices, in a statement. “Over...
Gary Ng
10 hours ago