iMac Pro’s T2 Chip is What Really Makes it Unique

While the new iMac Pro is unequivocally the fastest Mac ever made, its the built-in T2 chip that actually makes it unlike any other Mac Apple has released so far. As detailed in an interesting article over at MacWorld, the T2 is the iMac Pro’s “brain behind that brain”, running the subsystems of the machine from a single piece of Apple-built silicon. 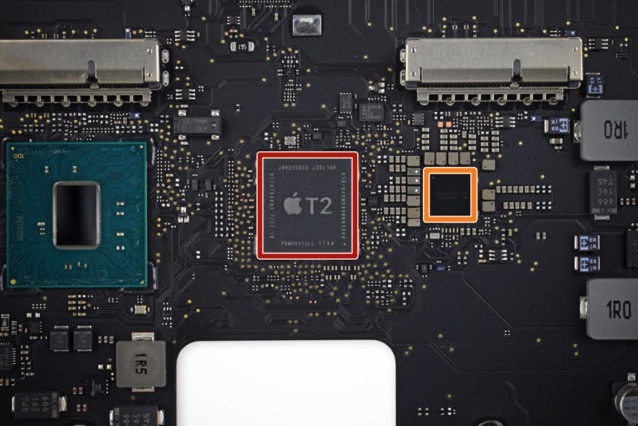 Other Macs feature separate controllers for system management, disk drives and audio. But in the iMac Pro, the T2 chip handles the internal microphones, stereo speakers and dual cooling fans, all by itself, which also results in a simplified internal design. In addition, the T2 processor also drivers the iMac Pro’s FaceTime camera, which can capture 1080p video, an upgrade from the 5K iMac’s 720p resolution.

The T2’s image signal processor detects faces in order to properly set exposure and white balance, and even dynamically adjusts the exposure making it a FaceTime camera like no other.

“When you start up the iMac Pro, the familiar Apple logo appears almost immediately. This is a sign that the T2 is taking control. For security reasons, the T2 is the iMac Pro hardware’s “root of trust,” and it validates the entire boot process when the power comes on. The T2 starts up, checks things out, loads its bootloader, verifies that it’s legitimate and cryptographically signed by Apple, and then moves on to the next part of the boot process.”

Check out the entire article here, its quite an interesting read.