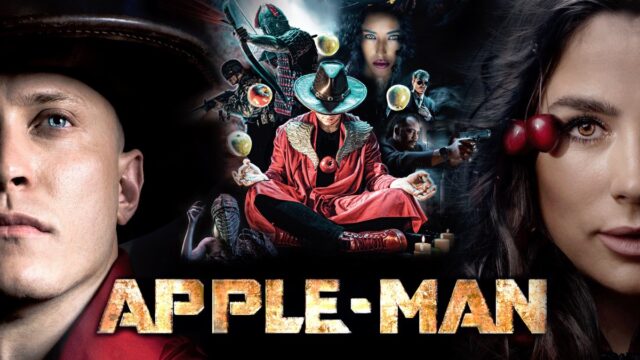 Apple is reportedly taking a break from fending off government regulators and fighting court-mandated changes to its App Store policies to file a lawsuit of its own against Ukrainian film director Vasyl Moskalenko, who wrote and directed the Kickstarter-backed action-comedy movie Apple-Man.

Here’s the basic premise of the short film, Apple-Man, which is downright creative in its own right:

Apple-Man is an action comedy film, that pays homage to famous superhero sagas. The main character is a superhero Apple-Man who has a superpower to levitate apples. The film was crowdfunded through Kickstarter, with pledges reaching €101,717 (about US$120,000). The principal photography of Apple-Man was shot in Kyiv, in authentic Ukrainian locations, including Kyiv fortress.

Moskalenko told iPhone in Canada that Apple filed a notice of opposition and initiated trial proceedings against Apple-Man when the movie made it into post-production.

Back in 2020, the iPhone maker used legal means to dissuade a small business from trademarking a pear logo for its meal planner and grocery list app.

While the Apple-Man director said his movie has already been approved by the United States Patent and Trademark Office (PTO), Apple is seeking to have the trademark registration application denied by mounting “an aggressive opposition.”

Apple has initiated trial proceedings against Moskalenko over concerns that consumers are likely to believe that Apple-Man is “associated with, or approved, endorsed, or provided by Apple,” the company said in a 467-page court filing.

Take a look at Moskalenko’s message to Apple in the video below:

“My movie is about apples, the fruits,” Moskalenko said as he stressed the fact that his movie never mentions or references Apple, the company, or any of its products. “I’ll have to spend almost all my Kickstarter money on litigation.”

The indie movie maker told iPhone in Canada, “if my registration would be denied, there are no guarantees that Apple wouldn’t demand to delete my film after its release.”

“It actually looks like a trademark bullying,” added Moskalenko. “I still hope this situation is just a misunderstanding. I am open to negotiations and hope we can resolve this dispute,” concluded the Ukrainian filmmaker.

iPhone in Canada has reached out to Moskalenko to see Apple’s notice of opposition to the film, and we will share updates to this story accordingly.