To assist the many small businesses facing immense challenges amid the COVID-19 global pandemic, Instagram is playing its role by announcing new features that make it easier to discover gift cards, online food orders, and fundraisers on the social network to help users support the businesses they love. 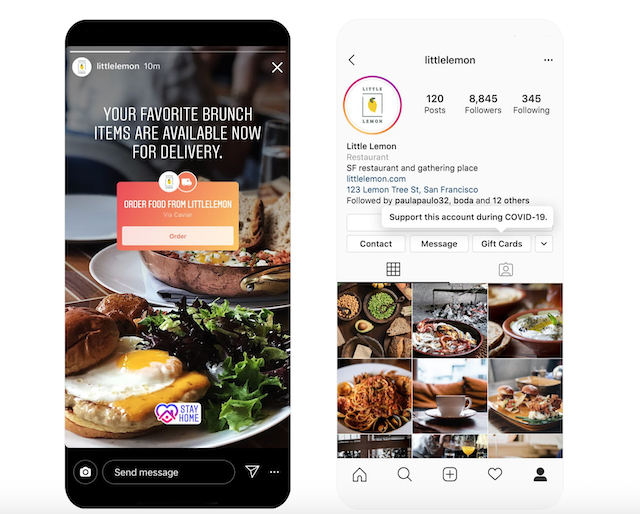 Instagram’s new features let businesses can share new gift cards, food orders, and fundraiser stickers in Stories and on their profiles. Moreover, when users see those gift cards or food orders, they can simply tap to make the purchase directly through the business’s website.

“Fundraisers open on Facebook to a personal fundraiser created by business owners or their supporters.

Spread the word by resharing the stickers in your Stories. For many businesses right now, every sale helps. We’ll continue to work on features that make it easier to support the small businesses you care about.”

Gift cards and food orders for delivery and takeout are available in the US and Canada starting today and will roll out globally in the coming weeks.

The stickers will launch in Instagram Stories for the gift cards and food orders tomorrow, April 16th, while the fundraiser button on IG will launch on April 20th.