It appears Instagram is testing a new design for its iOS app, as numerous users have seen the company’s latest design, a simpler, more modern layout that utilizes black and white within the app, allowing colour images to really pop and stand out.

According to The Verge:

Tipster Anton Abramov sent us screenshots from the redesign, showing an increased use of white space and some redesigned icons throughout the app. The camera icon has been changed from a square with a circle inside it to something more closely resembling a camera, and the notifications feed is now represented by a heart, instead of a heart inside a dialog bubble. 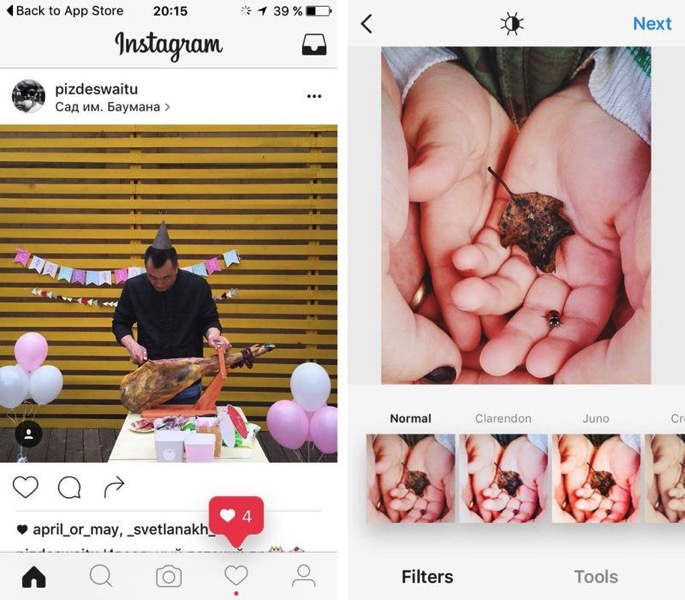 An Instagram spokesperson told The Verge “We often test new experiences with a small percentage of the global community,” adding “This is a design test only.”

The design is flatter and looks much cleaner than the current iOS design, which has remnants of skeuomorphism, such as its existing realistic camera icon.

Back in February, Instagram rolled out multiple account support, while two-factor authentication continues to roll out to users as well, to enhance security.

Are you ready for a new design for Instagram on iOS?