Back in March, Instagram announced new Carousel ads would soon hit the photo sharing network, to allow advertisers to introduce more images by allowing users to swipe left or right to see more.

The company has now announced more launch countries are coming for this ad style starting June 1, with Canada included in the global debut, along with the UK, Australia, Germany, France and Brazil.

Below is a preview ad shared by Instagram from Rogers and its flanker brand Fido Mobile, one of the early Carousel ad launch partners: 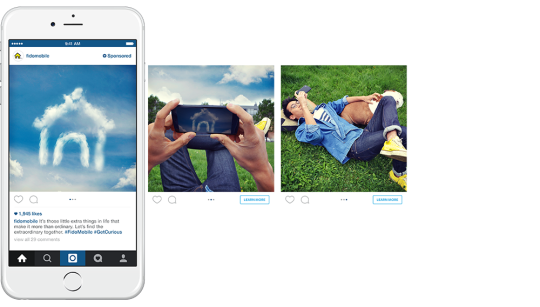 The ad reads “It’s those little extra things in life that make it more than ordinary. Let’s find the extraordinary together. #FidoMobile #GetCurious” (yes, I had to really squint my eyes to read that).

So there you have it. The ads on Instagram are going to have more ads. Let us know when you see some carousel ads on June 1. #adsonadsonads