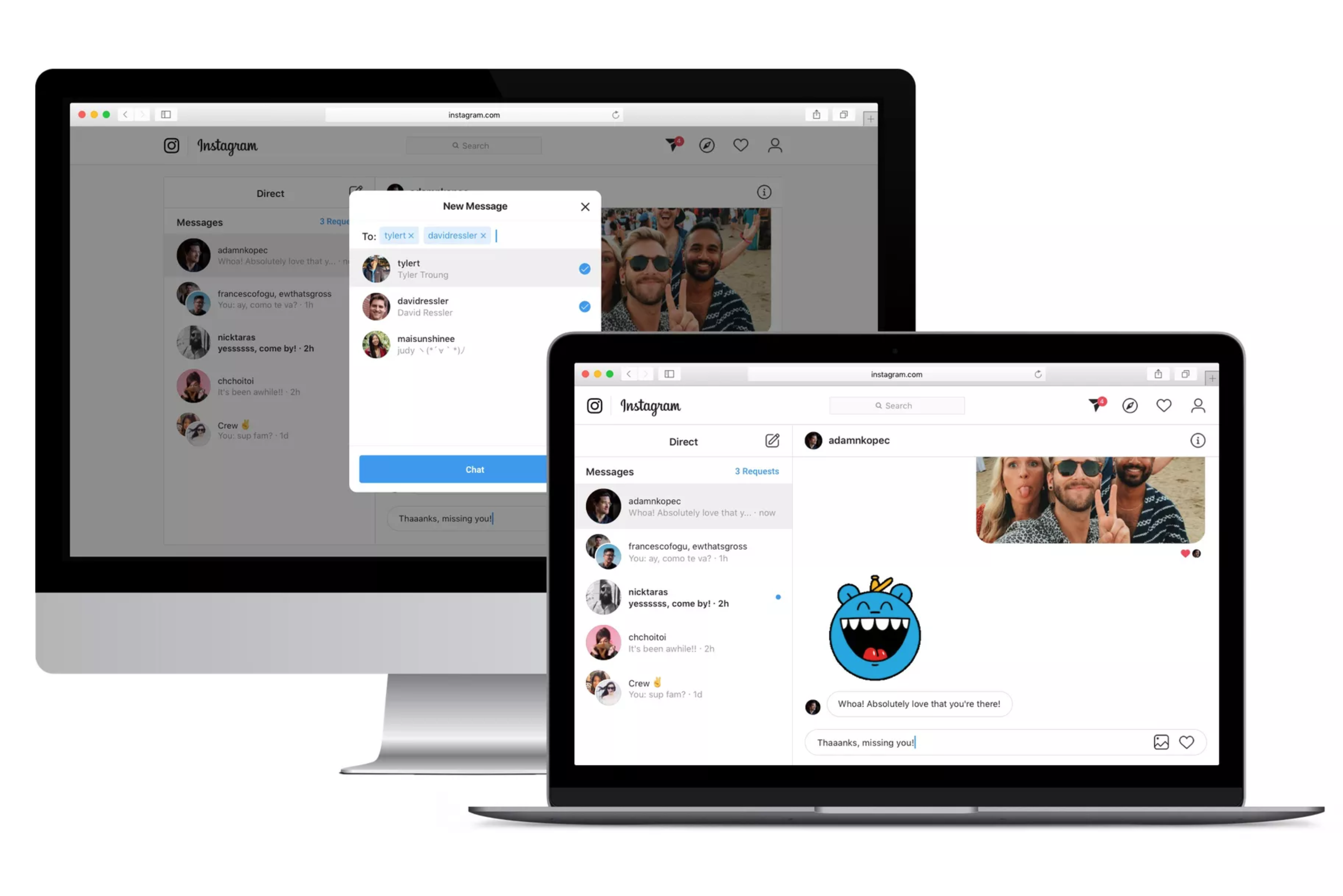 The feature was announced a couple of days ago and today it has finally started reaching end users, as reported by The Verge. The photo and video sharing application has been reportedly testing web DMs with limited users since January this year. The web DM interface will let users work on emoji keyboards and use the gallery view to photos and videos.

A “small percentage” of users have had access to DMs on their desktop since January, when Instagram first said it was testing the feature. However, it seems that Instagram has ramped up the rollout of the test, with dozens of users taking to Twitter this week to share the discovery of having DMs on their desktops.

An Instagram spokesperson said that the feature is not yet available to the “entire global community,” but said the company is “working on it.”

Accessing Instagram DMs via desktop will be a welcomed addition for influencers, brands, and others who heavily rely on direct messaging on a regular basis. Users will be able to start one-on-one and group chats, read and send to messages, share photos, and double-tap to react to responses. However, you’re still unable to video chat via Instagram, which you’re able to do through DMs on the mobile app.

If you don’t have access to it yet, don’t worry, it’s gradually rolling out to everyone. Refresh your page or log in later, and you should see it — it takes some time for it hit everyone’s account globally.