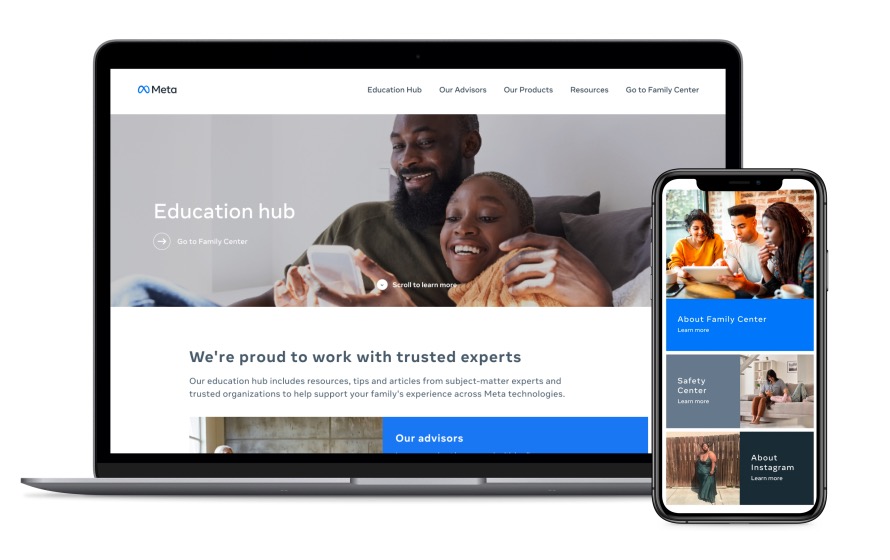 Meta said Wednesday it’s rolling out new tools meant to give parents and guardians more control over how their teens use social media and virtual reality.

Instagram on Wednesday morning launched a “Family Center” with supervisory tools for parents to track their children’s time and activity on the platform, starting in the United States, with a global rollout set for the “coming months”.

Instagram’s new supervision tools will enable parents to see how much time their teen spends on the application and set time limits, as well as view accounts the teen follows and accounts that follow the teen and receive notifications if the teen reports another user.

As the tools debut, teens will have to initiate their use via the mobile app, with the option for parents to initiate supervision on desktop or mobile coming in June. Teens must approve parental supervision if their parent or guardian requests it.

The first set of parental controls will allow for the following:

“This is just one step on a longer path — our vision for Family Center is to eventually allow parents and guardians to help their teens manage experiences across Meta technologies, all from one central place,” said Adam Mosseri, who heads Instagram.

The release of more parental controls underscores how Meta is trying to respond to criticism it’s not doing enough to protect the safety of young people on its services.

Back in September, Pluto TV announced it would be launching in Canada in December and as of today, the free ad-supported streaming TV service is now live. This new Free Ad-Supported Streaming Television (FAST) service is from Paramount Global, with Corus Entertainment Inc. as its Canadian partner. Pluto TV says it is the world’s leading […]
Gary Ng
23 mins ago