Instagram wants to make it easier for you to “discover the world” via their Explore tab, launching location stories and hashtag stories today, explains the company in a blog post:

You’ll see a new story ring at the top of Explore filled with stories happening near you. These stories come from people who have used location stickers on their stories. You can also search for any location around the world, and you’ll see a story ring for that place at the top of the location page.

As you can see, the second story in the first image below shows a location icon: 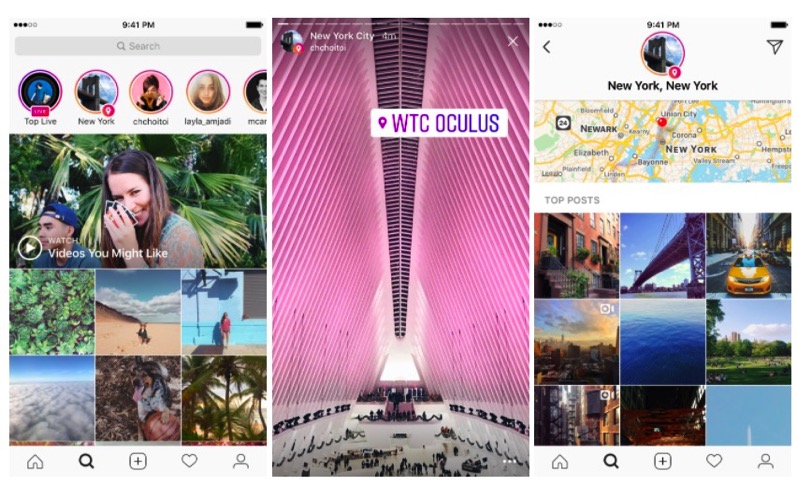 Instagram says your location sticker or hashtag could be part of the larger story, but if you don’t want it included, tap the ‘x’ in your viewer stories list to be excluded.

These new sharing features are coming out to Instagram version 10.22 for iOS, while Hashtag stories will be rolling out in “the coming weeks”.