Instagram is Testing a New Way to Move Through Posts 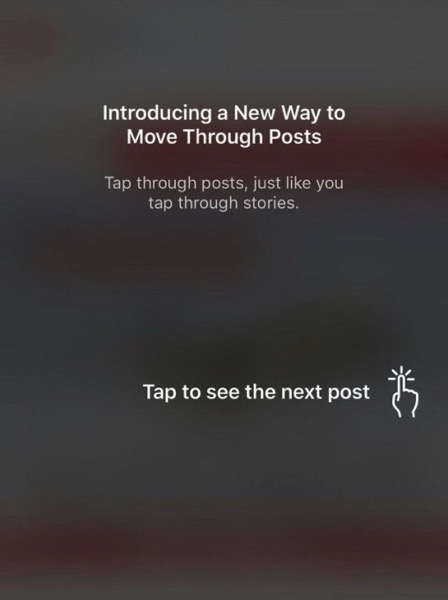 An Instagram spokesperson has confirmed that the company is indeed testing tap to advance within Explore. “We’re always testing ways to improve the experience on Instagram and bring you closer to the people and things you love”. The spokesperson, however, added that it may take a while before the feature comes to the main feed.

While Instagram already uses an auto-advance feature in its Videos You Might Like section of Explore, jumping down to the next video when the last one finishes, it remains to be seen how it will work for photos where it’s not clear when you’ve done the viewing.

Tap to advance, pioneered by Snapchat, eliminates the need for big thumbstrokes on your touchscreen that can get tiring after awhile. It also means users always see media full-screen rather than having to fiddle with scrolling the perfect amount to see an entire post. Together, these create a more relaxing browsing experience that can devour hours of a user’s time.

Although Instagram does not yet show ads in Explore, tap-to-advance could save your taps for more feed and Stories viewing where the social network does earn money.