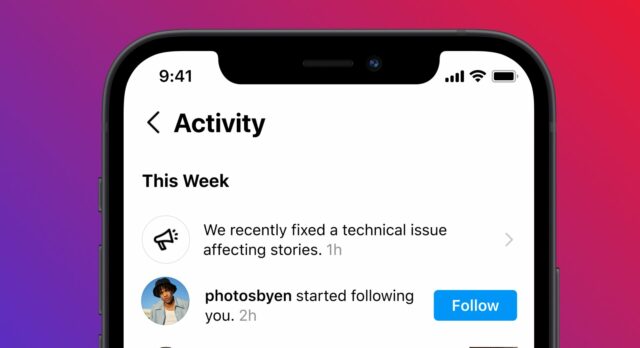 After suffering from one of the worst outages in company history, Instagram will begin testing a feature that will notify users when an outage or a technical issue is affecting their experience with the app.

In a new blog post, Instagram announced that the company will begin testing a feature that will notify users of tech issues within their Activity Feed. The company acknowledged “how confusing it can be when temporary issues happen on Instagram”. As a result of last week’s outage, the company hopes to be more transparent and update users when an issue arises. 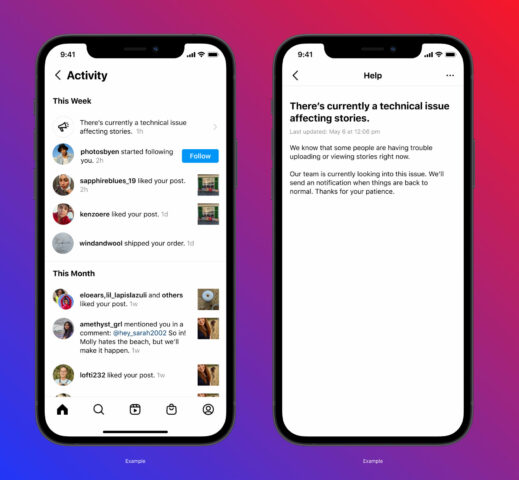 Testing will first commence with US users. Based on the blog post, when notified, a small notice will first appear on a user’s Activity Feed, explaining that a technical issue. More information on the status of the outage is can then be found by clicking on the notice.

Instagram notes that users will only be notified when a technical issue causes a substantial outage or many users are shown to be confused, a notification will be published. “We’ll determine if something like this could help make things clearer,” an Instagram spokesperson said in the blog post.

The testing phase of this feature is said to be conducted “for the next few months”. Instagram also notes that testing is being done to determine whether it’s a feature that will end up being used widely across the world. The spokesperson noted, “If it makes sense to, we’ll expand to more people.

Last week, Facebook, Instagram, and Whatsapp all suffered a major outage that took the apps and services down for multiple hours during the day. With no communication from Facebook to its users, the situation was muddy and questions were left unanswered throughout the day until service resumed in the evening.