Instapaper is Leaving Pinterest to Go Independent as ‘Instant Paper’

Instapaper, the popular bookmarking service that was acquired by Pinterest nearly two years ago, has today announced that it is going independent again as it has entered into an agreement with Pinterest to transfer the ownership of Instapaper to Instant Paper, Inc. The ownership transfer will occur after a 21 day waiting period. 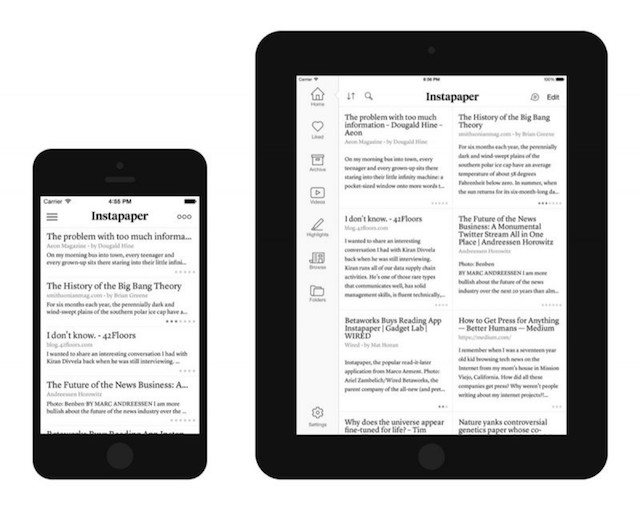 For those who don’t use the service, Instapaper is one of the first read-it-later apps that allows users to save articles and web pages to read offline on tablets, phones, and even on Kindles and other E Ink devices.

For existing Instapaper users, the service is not going to look any different as the company has made it clear in today’s announcement. “We plan to continue offering a robust service that focuses on readers and the reading experience for the foreseeable future”.

“We want to emphasize that not much is changing for the Instapaper product outside the new ownership. The product will continue to be built and maintained by the same people who’ve been working on Instapaper for the past five years.

We want to express our deepest gratitude to Pinterest for being such great stewards of the product over the past two years. With their support, we rebuilt search, introduced an extension for Firefox, made a variety of optimizations for the latest mobile operating systems and more.”

The newly formed company ‘Instant Paper’ will be operated by the same people who’ve been working on Instapaper since it was sold to Betaworks back in 2013.