Shown off briefly at CES 2022 back in January, Intel’s 12th Gen Alder Lake chips have just been released for thinner, lighter, and, cheaper laptops. According to The Verge, the first laptops powered by the new processors are set to arrive in March. 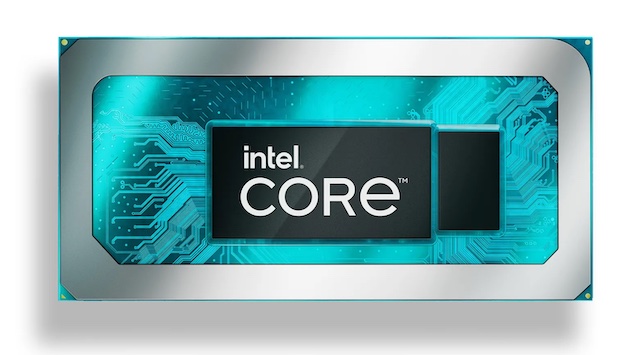 Intel is rolling out a total of 20 processors for a wide range of hardware across the P-series, U-series (15W), and U-series (9W) categories. The new P-series and U-series chips feature more cores than the 11th Gen models, with a hybrid architecture approach to maximize both power and battery life.

The company also claims that it wins out in benchmarks against chips like Apple’s M1 and M1 Pro (but not the M1 Max), and AMD’s Ryzen R7 5800U in tasks like web browsing and photo editing.

The P-series chips, while drawing less power than their H-series counterparts, are similar in a lot of respects, including core count: the top-tier Core i7-1280P has the same 14-core breakdown as the top i9 and i7 models on the H-series lineup, although with lower clock speeds and overall performance.

The U-series models, meanwhile, will feature fewer cores than the P-series, with all the U-series models only offering two performance cores, regardless of which chip your laptop has or how much wattage it uses. Total core count (between six and 10) will depend on how many efficient cores each model has.

Apple offers a trade-in program where customers can bring in their existing devices, get a trade-in value and then put that amount towards a new device. The company periodically adjusts these values as time goes on and recently made some changes, according to MacRumors, pointing out that the values in the U.S. have moved lower. […]
Gary Ng
39 mins ago

Back on January 11, Costco Canada emailed customers to inform them CostcoPhotoCentre.ca will stop offering photo products and services as of January 28, 2023, according to an email received by iPhone in Canada. Instead, Costco will shift to Shutterfly for photo services for members. The transition means existing projects or easier projects saved on CostcoPhotoCentre.ca […]
Gary Ng
2 hours ago