Intel Planning to Make Thunderbolt 3 Available to Anyone 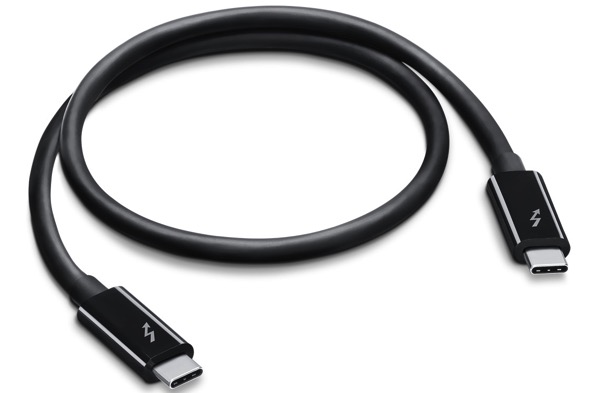 “We think the first thing is going to drive broader adoption and deployment of Thunderbolt 3 in PCs,” says Jason Ziller, Intel’s lead for Thunderbolt development. “The second will drive also broader adoption in the ecosystem, with a lot of different peripherals and other devices.”

The broader availability also aligns with an increased need for high-rate transfers and versatility. Much of the workload previously handled by USB ports has been offloaded to the cloud. But in a world of 4K drone videos and PC-driven virtual reality experiences, 40Gbps Thunderbolt’s speed offers an essential time-saver.

“So having a single port that really does everything that you need is our vision for Thunderbolt 3”, said Ziller. He continued that Intel is working with the industry to lower the cost of Thunderbolt 3 cables and the devices.

Apple ditched its MagSafe charging standard in favor of USB-C/Thunderbolt 3 last fall with the latest MacBook Pro update, allowing users to power their laptops, connect to a Thunderbolt Display and transfer data all through the same port.

While making Thunderbolt 3 easier to incorporate may help drive adoption, but lowering the cost would as well. Currently, the cheapest Thunderbolt 3 cable in the Apple Store costs US $29.95.

Citing people familiar with the matter, a Bloomberg Law report is claiming that Hollywood super-agent Ari Emanuel has attempted to pave the way for a settlement between Elon Musk and Twitter in their $44 billion takeover deal. Sources said that Emanuel contacted Twitter board member Egon Durban and suggested the two sides find a solution...
Usman Qureshi
26 mins ago

Xplore, formerly known as Xplornet, has just announced the launch of its fibre broadband internet service in Quebec, with plans to be offered including download and upload speeds up to 1 Gbps and truly unlimited data. Xplore’s latest fibre-to-the-premise network expansion will connect approximately 6,000 homes and businesses in communities around Val-des-Sources, the MRC Papineau, and...
Usman Qureshi
39 mins ago

Apple Music Live offers concerts from featured artists for subscribers, with the latest from Billie Eilish, set to debut on Friday night. “Billie Eilish brings her world tour to Apple Music Live. She’ll be playing songs from her latest album, Happier Than Ever, in addition to other iconic hits,” said Apple in an email to […]
Gary Ng
40 mins ago