Apple has released iOS 10.1 beta 5 for developers, just two days after beta 4 was released. The update is available over-the-air, and comes in as a 1.95GB download for the iPhone 7 Plus.

Update: The beta 5 update is only available for iPhone 7 and iPhone 7 Plus. 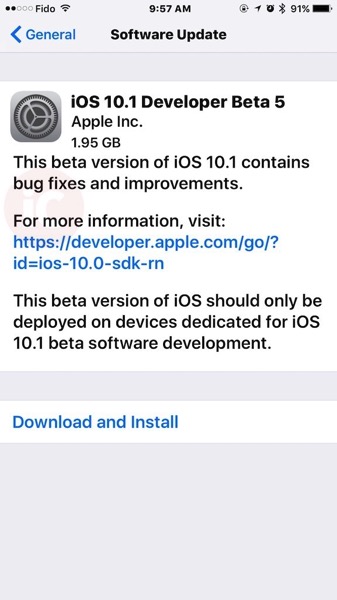 The update will soon be available in Apple’s developer portal shortly as a standalone download. No word on what’s new in this beta, but stay tuned for updates.

As we inch closer towards Apple’s expected October 27 Mac event, the final releases of iOS 10.1 and macOS Sierra 10.12.1 should be available soon.

Update: these have also made their way to public testers too.