iOS 10.2 comes with new emojis, while users in the USA get a new TV app with Single Sign-On integration with cable provider apps.

The updates are available over-the-air, with iOS 10.2 coming in as a 362.3 MB download for iPhone 7 Plus users. 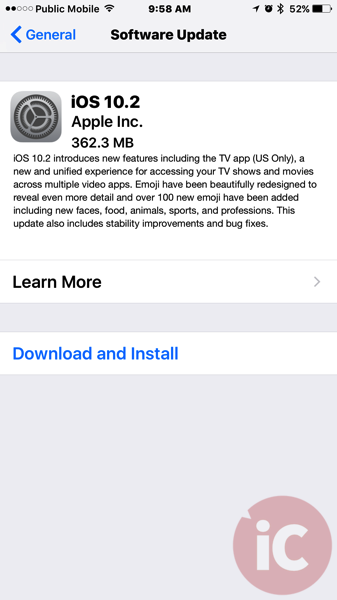