Apple just released iOS 10.0.1 for the masses about an hour ago, and for some users (including ourselves), the over-the-air update caused our iPhone (6s Plus) to jump into recovery mode, showing the ‘plug into iTunes’ screen.

The fix is to plug your phone into iTunes (make sure you install the 12.5.1 update from today), where it’ll ask you to install the latest update and update to iOS 10.0.1.

The following prompt appears once you plug in your iPhone to iTunes:

“There is a problem with the iPhone “iPhone” that requires it to be updated or restored.

The problem may be fixed by updating your iPhone, which preserves your settings and content. However, if updating doesn’t work, it may be necessary to click Restore, which erases all settings and content. If you backed up this iPhone to this computer or iCloud, you’ll be prompted to restore the backup onto the iPhone.” 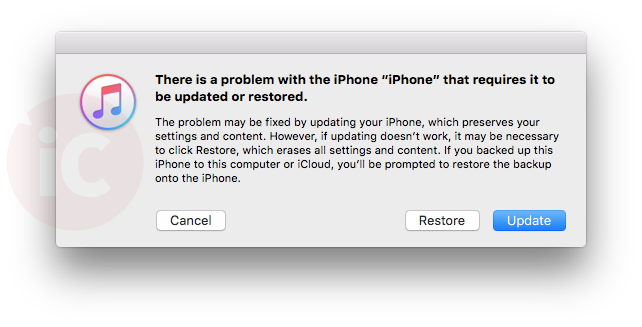 The next prompt reads “If your iPhone can’t be updated, you will need to restore to its factory settings.” and “iTunes will update your iPhone to iOS 10.0.1 and will verify the update with Apple.”

The next prompts guide you through iOS 10, and ask you to agree to terms before installing. It took some waiting with our iPhone 6s Plus while plugged in for iOS 10.0.1 to download. Once that finished, our iPhone started to update itself. 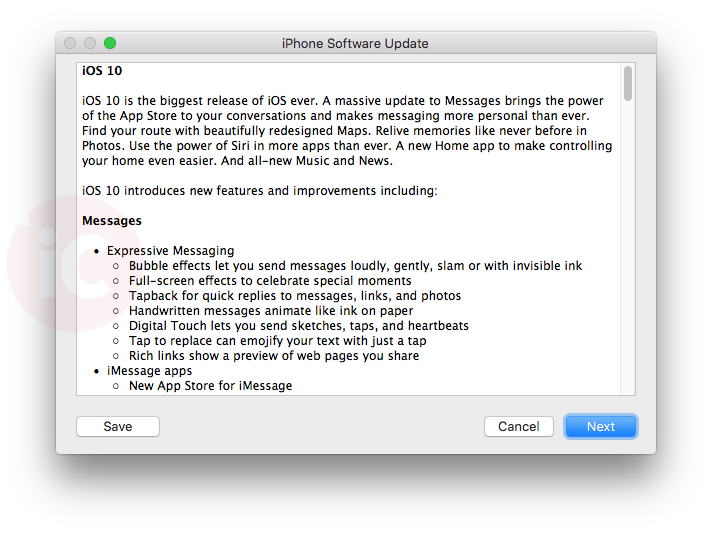 Our iPhone 6s Plus, after installing the update, saw a new carrier settings update appear, which many have told us it’s Rogers and Fido 25.1, which we can confirm:

After installing the update via iTunes, our iPhone 6s Plus successfully updated to iOS 10.0.1. We did not need to restore from a backup.

This iOS 10 update bug surely will frustrate those who are updating over Wi-Fi at work or elsewhere, and do not have their computers with iTunes nearby to fix it, leaving them without a usable iPhone or iPad.

Update: So after fixing our iPhone 6s Plus, iOS 10.0.1 was running REALLY SLOW…then suddenly, the phone went into a reboot loop. We are being forced to restore the phone via iTunes now. #fml

Update 2: Our device had to be completely restored, and is now installing an iCloud backup from last night.

Let us know how your iOS 10 over-the-air update goes and if iTunes fixed your ‘plug into iTunes’ screen.