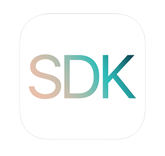 These beta releases come after the public release of iOS 11.0.1 yesterday to fix bugs, and the debut of macOS High Sierra 10.13 on Monday.

No word on what’s new in these releases, but stay tuned.

With the release of iOS 16, Apple has introduced the ability to change how your iPhone keyboard sounds or vibrates when you are typing, including the option to enable haptic feedback. However, in a newly published support document, Apple has revealed that turning on keyboard haptics might affect the battery life of your iPhone, as spotted...
Usman Qureshi
16 hours ago