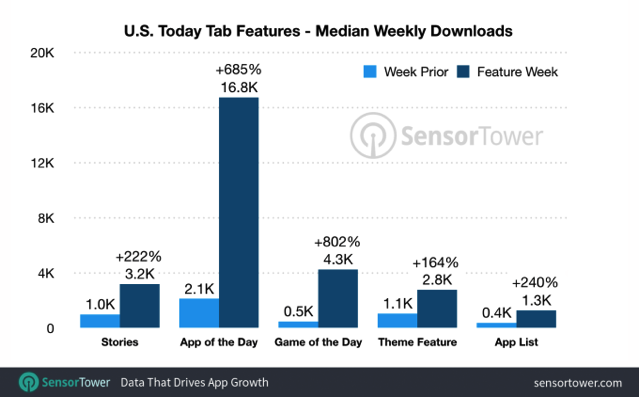 According to a new research from App Store intelligence firm Sensor Tower, apps and games that get a featured spot on iOS 11’s updated App Store are seeing a boost in downloads by as much as 800%, with the “App of the Day” and “Game of the Day” spots seeing the maximum result (via TechCrunch). The firm examined data from September 2017 to present day to come to its conclusions.

During this time, median U.S. iPhone downloads for apps that snagged the “Game of the Day” spot increased by 802 percent for the week following the feature, compared to the week prior to being featured. “App of the Day” apps saw a boost of 685 percent.

Being featured in other ways — like in one of the new App Store Stories or in an App List — also drove downloads higher, by 222 percent and 240 percent, respectively.

Looking at the numbers, it appears that Apple has achieved the results it wanted with the release of its revamped App Store in iOS 11, which takes an editorial approach towards app recommendations.

While the top charts for apps and games still exist, the App Store focuses more on what Apple thinks is best, and not the wisdom of the masses. Apple also picks an app and game to feature daily, making sure the App Store always has fresh content to offer.

Sensor Tower’s study however points out that even though Apple had touted the App Store changes would be a way to give smaller developers more exposure, only the big publishers seem to be having their apps featured. 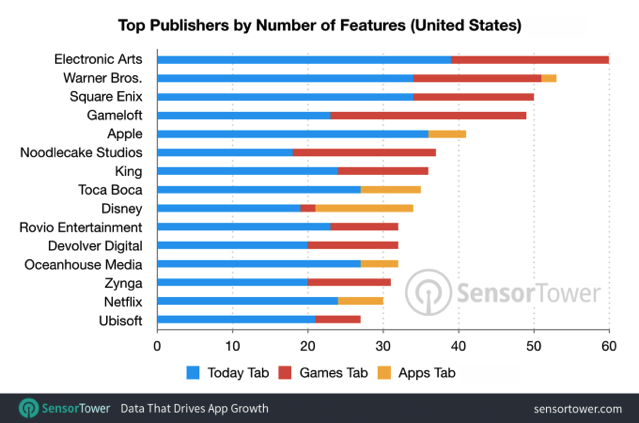 It’s also not surprising that Apple wants to highlight these publisher, since Sensor Tower found that 13 of the top 15 featured publishers had at least one million U.S. iPhone downloads since the launch of the new App Store last September. Apple therefore wants to capitalize on that consumer interest because it shares in the revenue generated by app publishers.

You can read Sensor Tower’s full report at this link.

The federal government announced on Monday the removal of various COVID-19 restrictions, which includes the requirement of the ArriveCAN app upon entry into Canada. Confirming last week’s reports, Health Canada says as of October 1, 2022, all travellers, regardless of citizenship, will no longer have to: submit public health information through the ArriveCAN app or website; […]
Gary Ng
47 mins ago