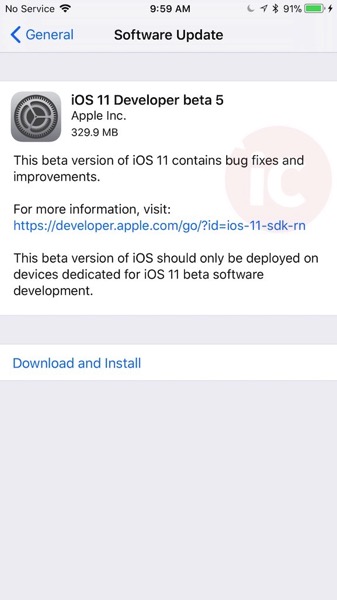 Apple said in its release notes, “32-bit apps will not run on future betas of iOS 11,” so this fifth beta looks to be the last chance for developers to test apps on this latest beta. Apple already stated 32-bit apps won’t work in iOS 11, as only 64-bit apps will be supported in the App Store.