Apple has released iOS 12.2 Public Beta 3 for download, one day after releasing the same beta for developers. The download comes in at 399.4 MB on the iPhone XS Max. 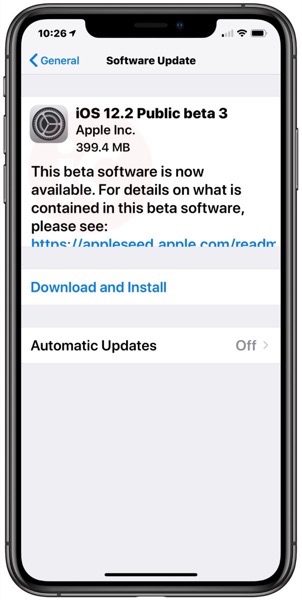 What’s new in iOS 12.2 beta 3? Some minor tweaks include a revamp of the About page in Settings, while the Apple TV remote gets another design tweak.

For Canadians, the biggest feature coming from iOS 12.2 will be the release of Apple News for both French and English users. The final release of iOS 12.2 most likely will debut ahead of Apple’s expected March event, where the company will reportedly unveil news and video subscription services.

Click here to find out everything new in iOS 12.2 beta 3.