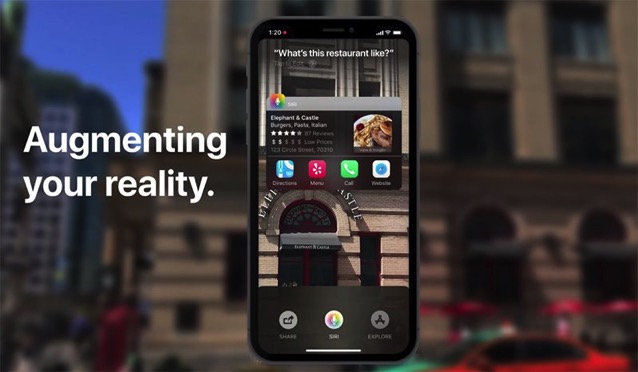 “As I believe augmented reality is a technology that will be fundamental to the future of digital interaction, I integrated AR into the core of the iOS experience, providing new innovative and intuitive ways to interact with your digital and physical worlds at once,” said Calcada.

The new “Siri Sight” AR mode offers overlays of useful information on stores, restaurants, transit stops, landmarks, and other points of interest, in addition to timely information such as road closures.

Checkout the following video clip and share your thoughts in the comments section.