With the release of iOS 13.3 beta, Apple has updated Safari to support physical security keys, which can be used for more secure two-factor authentication, MacRumors is reporting. These include NFC, USB, and Lightning FIDO2-compliant security keys. 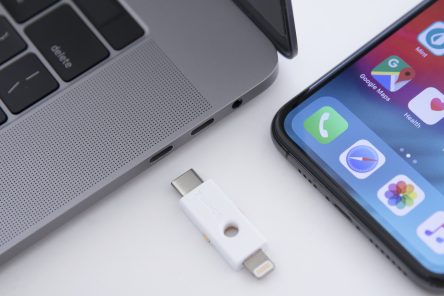 Lightning-equipped security keys such as the YubiKey from Yubico previously only supported apps like 1PAssword but did not work with Safari, Chrome, or other major browsers. But now, these keys have become more useful as they are also more convenient than two-factor authentication and do not require entering any security code.

According to Apple, iOS 13.3 beta supports physical security keys in Safari, SFSafariViewController, and ASWebAuthenticationSession using the WebAuthn standard “on devices with the necessary hardware capabilities.”

Using these keys simply requires you to plug them into an iPhone or a Mac via Lightning or a USB-C connector to authenticate.

It must be noted that support for FIDO2-compliant USB security keys was previously added to Safari 13 in macOS.