As spotted by the folks over at MacRumors, Apple has today published a new support document on its website that warns iOS 13 and iPadOS users of a security bug related to third-party keyboard extensions.

The document notes that the issue does not impact Apple’s built-in keyboards as well as those keyboards that do not make use of full access. 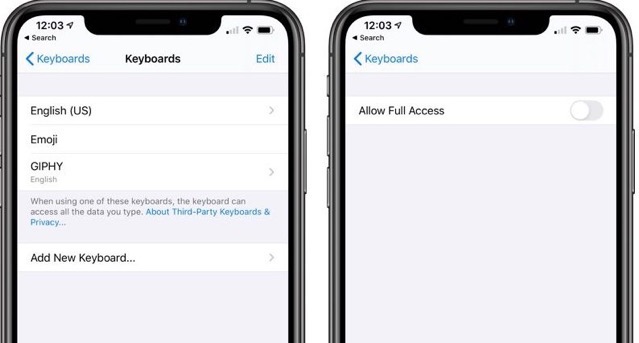 “Third-party keyboard extensions in iOS can be designed to run entirely standalone, without access to external services, or they can request “full access” to provide additional features through network access. Apple has discovered a bug in iOS 13 and iPadOS that can result in keyboard extensions being granted full access even if you haven’t approved this access.”

The support document states that that the bug will be fixed in an upcoming software update.