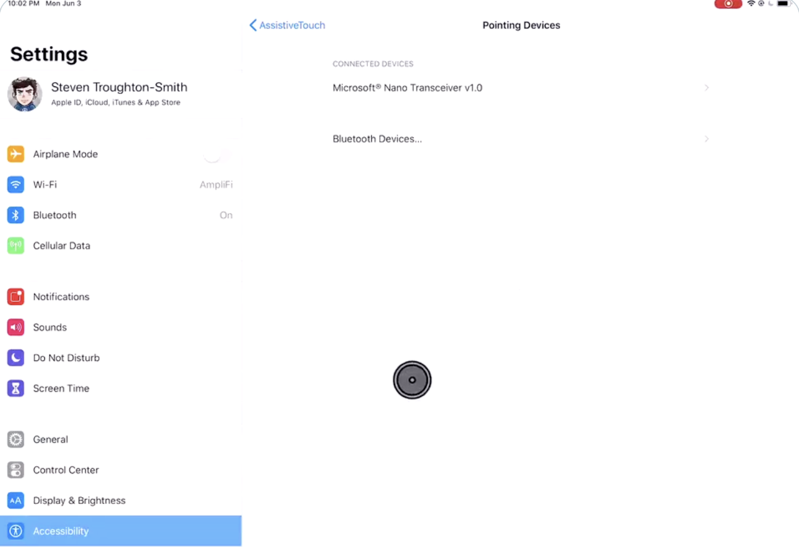 Back in April, it was rumoured iOS 13 would bring external mouse or trackpad support to the iPad. MacStories founder, Federico Viticci, explained the following at the time: “What I heard was that without adapters, you will be able to use any USB mouse on your iPad, but as an accessibility device. And I kind of think that makes sense”.

Well, it looks like that little birdie was accurate.

After developers got their hands on iOS 13 beta yesterday after the WWDC keynote, it was quickly discovered external mouse support and trackpad support is available—via Accessibility options.

Developer Steve Troughton-Smith shared a video of the new external mouse support in action on Twitter.

You see a cursor on your iPad, iPhone or iPod touch display which can be controlled by a USB or Bluetooth mouse and even Apple’s Magic Trackpad, confirms Troughton-Smith.

“It doesn’t seem like mouse on iOS 13 spans external displays, even if you’re using an app that can display UI on an external display — the mouse cursor is locked to the iPad screen. It also doesn’t map right-click to the new context menus in iOS 13, but it does do scroll wheel,” explains Troughton-Smith.

The new support for a cursor and mouse “simulates a finger, so it can do everything a finger does,” explains the developer.

With iPadOS now also supporting USB thumb drives and SD cards with access within the Files app, an iPad is finally acting more and more like a real desktop computer, instead of just a jumbo iPhone.

If you thought OpenAI's ChatGPT is impressive, wait till you see what Google has been working on — if the company lets you, that is. Among Google's many endeavours in artificial intelligence (AI) and machine learning is MusicLM, a model the company created to generate original music from rich text prompts (via TechCrunch). Google researchers...
Nehal Malik
48 mins ago