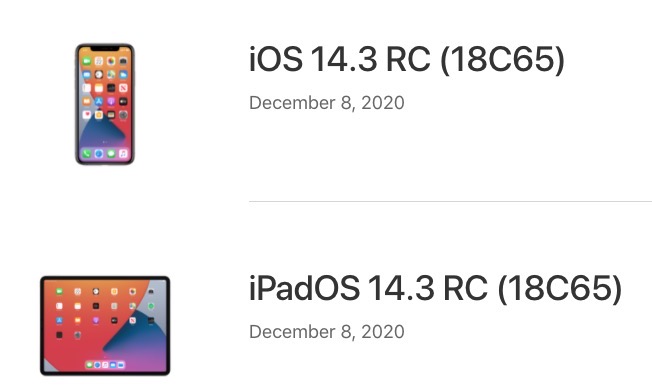 Apple has made Release Candidate versions of iOS 14.3 and more available to developers to download, signalling a final public release is imminent.