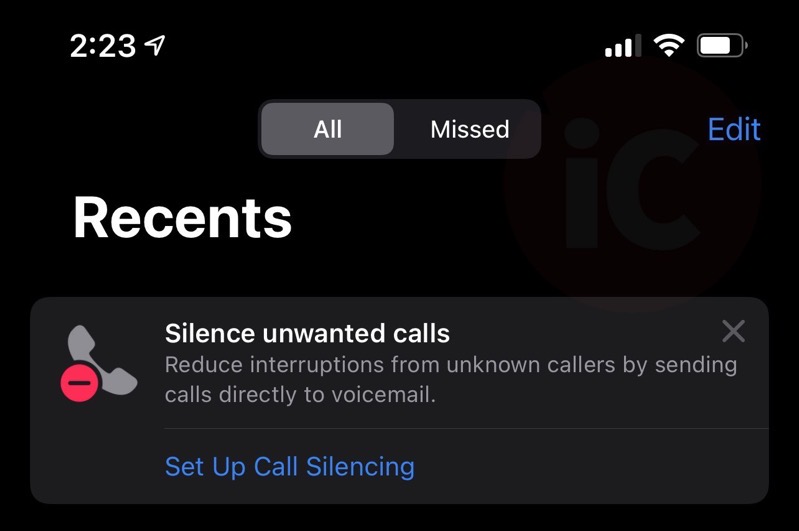 In iOS 14.5 beta 3, Apple appears to have revamped notifications for this feature to make it front and centre.

A new pop-up will now show up in your Recents list that reads, “Silence unwanted calls”, adding, “reduce interruptions from unknown callers by sending calls directly to voicemail.”

Users can then tap the prompt to “Set Up Call Silencing”, which lands on a new splash screen below:

If you proceed, you’ll get a prompt to enable it or turn it on later in Settings.

The change brings the Silence Unknown Callers feature front and centre, in a day and age where we continue to get inundated with spam calls. Canada’s National Do Not Call List does not appear to be working.

iOS 14.5 beta is currently on its third seed to developers and public beta testers. We may see one or two more betas before a final release.