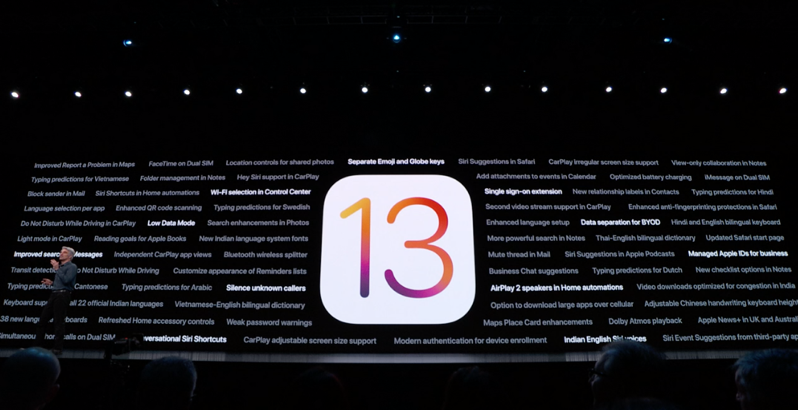 Apple today teased iOS 13 at WWDC which comes with Dark Mode and revamped interfaces and apps. But there wasn’t enough time for Apple to talk about all the new features.

Here is a list of features Apple noted in one of their iOS 13 slides, but didn’t have time to mention. Check them out below:

Apple also has more detail on these features listed on this iOS 13 preview page.

As developers can now download new betas of iOS 13, iPadOS, watchOS 6, tvOS 13 and macOS Catalina, stay tuned to see these features and more in actions.