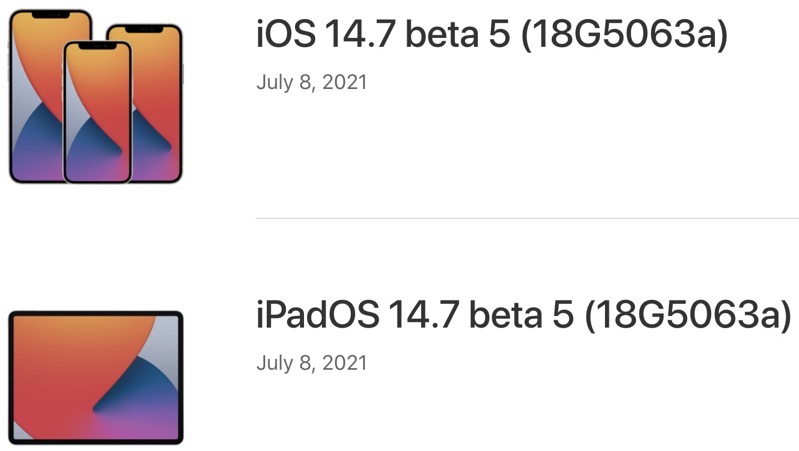 Apple on Thursday released iOS 14.7 beta 5 for developers to download, alongside other beta releases as well. Here’s what’s available: