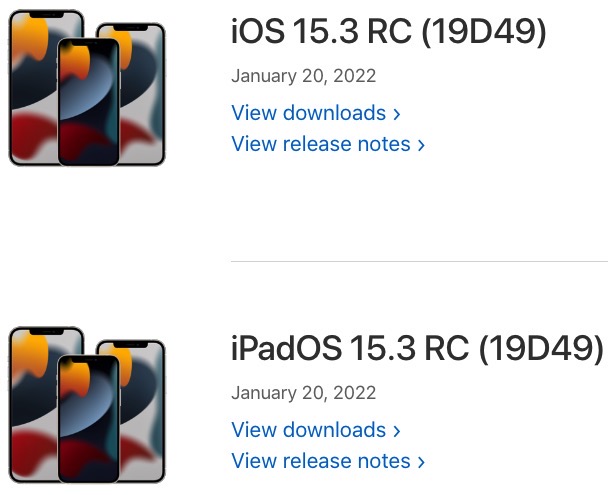 Apple on Thursday released iOS 15.3 Release Candidate (RC) builds and more for developers, signalling final public releases will be coming soon for everyone.

Check out the following RC builds released for developers today:

No word on what’s exactly new yet in these builds, but stay tuned for updates.